Illegitimate President to Master Mason and Back Again “Our Governments been bought and sold… Over five hundred people were shot in Vegas and all the hell they had to give you was their thoughts and prayers… Trump took $30 million from the N.R.A., so what he gone help do? Not a not a goddamn thing..”

Delray encouraged the release of Master Mason by releasing three new songs. The first song Illegitimate President embodies everything that is wrong with Trump being the President of the United States:

Thank you, thank you for your applause,
We got a illegitimate president y’all….
….he like to grab women by their vagina
Without their permission, please just listen…
Liar liar pants on fire Mr. Birther of fake news but now it’s coming for you…
“Illegitimate President”

“When he got drafted he was scared to fight
He said he had a splint heel(coward)
but got the nerve to talk about soldiers who suffered for real
from post traumatic stress syndrome…
he even said that the system was rigged
but now that he’s president,
forget about that please
Corruption-ruption what’s your function he
got some new tricks and we love those nude pics…
He even encouraged the Russians to hack his own government
and stood behind the podium lovin it…”
“Illegitimate President”

Next song, (Can I) Get You Another Drink will be your go-to party anthem with its original instrumentation, heavy clapping back-beat and keyboard riffs that highlight some clever lyrics:

“Second verse the party’s jumping gin and juice everybody loose,
A little red wine or some chardonnay pardon me, what’s your name?
She said, my name is Tina. I thought you was gone say it was Aquafina…”
“(Can I) Get You Another Drink”

“Our Governments been bought and sold… Over five hundred people were shot in Vegas and all the hell they had to give you was their thoughts and prayers…Trump took $30 million from the N.R.A., so what he gone help do? Not a not a goddamn thing… Obama tried to get it done after the pulse but he was a lame duck they were like boy piss off… Scalise and others were shot at that baseball game, what legislation did they pass? Not a not a goddamn thing… He shot 6000 rounds from the Mandalay Bay he was a goddamn terrorist filled with hate…”
“Brainwash- Mind Control”

Master Mason is one of the most important and controversial Hip-Hop albums that will ever be released. Master Mason features 12 coherent tracks reporting the complexities of today’s pop and political culture. Master Mason also contains twelve summarized Supreme Court cases that will help enlighten every American but mostly profiled African-Americans and other minorities who lack knowledge of the laws that govern their existence in United States of America. After listening to this album, you will never have to say, if I knew then, what I know now.

Richardson, an Annapolis, Maryland native that now resides in California, has been named co-writer next to some of the biggest names in hip-hop history like Melle Mel, Tupac, Eminem, Dr. Dre, 50 Cent and The Game. On August 11th 2017 RR Auction site licensed Richardson’s photo of Tupac in his Hummer taken just days before his death in Las Vegas which helped Tupac’s Hummer sell for over $206,000 to a private buyer in Baltimore.

The rapper’s new album Master Mason (In Hip Hop Grammar), the highly-anticipated follow-up to his 2015 release Mahogany Masterpiece, will be available worldwide on iTunes, Amazon, Google Play, Spotify and other popular digital retailers on October 17.

Del FunkBoy Music. LLC is an American record label founded by hip hop producer and rapper Delray Richardson. Current acts include Delray Richardson himself, with former acts including Corey Black and Kevin Levrone. The label’s featured act Delray has over the years earned RIAA certifications of platinum or higher with co-writing credits with Tupac, Eminem, Dr. Dre, 50 Cent and The Game. For additional information, visit Del FunkBoy Music or, Listen to the hits. Sound Cloud 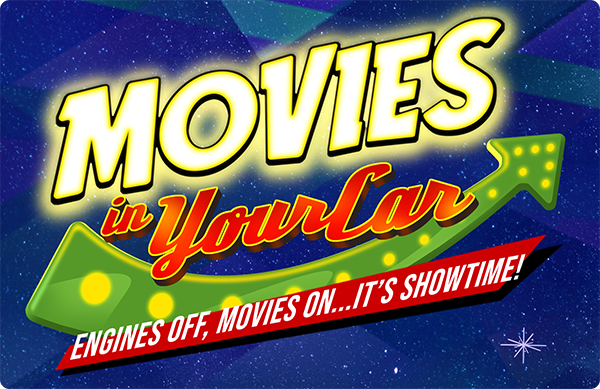 Bounce Playground Rolls Out “Movies in Your Car: The Premier Outdoor Entertainment Experience”